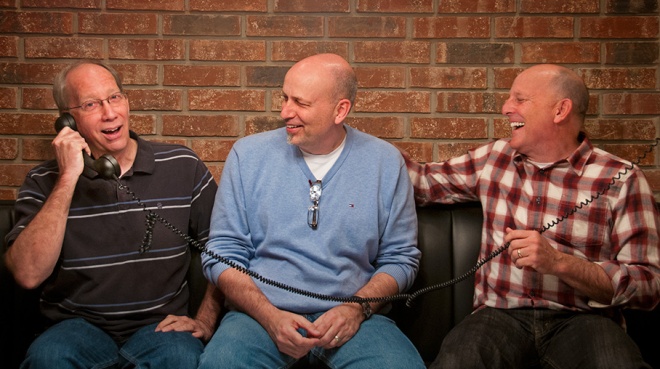 BrotherJones was an award winning website than ran from 2005 to 2010. Blogging was brand new and the Jones brothers (Doug, Dennis and Don) were on the cutting edge of the phenomenon. The website had a dedicated section for each brother to post on. At the bottom of each page was a comment section and that’s where the fun really began. Anyone and everyone could comment, say anything (and I do mean anything) they wanted and it would IMMEDIATELY pop up on our pages. It was the wild, wild west. We had no way of controlling our comment sections (other than delete offensive comments AFTER we saw them) so as you can imagine, things sometimes got pretty exciting on our individual blogs.

BrotherJones was built by famous web personality Keegan Jones with Adobe Flash and while it was a cutting edge website at the time, it quickly became obsolete. Spam became a huge problem on the site and ultimately killed it.

I really hated to see The BrotherJones Blog totally disappear from the web because so many of us had such a good time with it, so I am going back and recreating my section of it. Some of this might not make a lot of sense because when it was originally written we were bantering back and forth between our individual blog sections, but then again, a lot of what we said back then didn’t make a lot of sense to start with.

I hope you enjoy looking through this little BrotherJones time capsule.